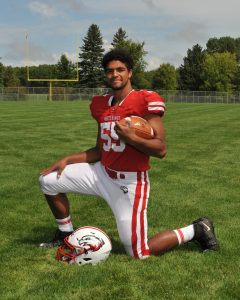 “Isaiah Dempsey is one of those kind of players who make us coaches look really smart. He is honestly one of the most talented players I have had the opportunity to coach. His physicality and tenacity were unparalleled as he was constantly in the backfield on defense even though teams dedicated two blockers, if not three to him on every play,” White Hawks Head Coach Nick David said. “His high motor and pure determination on each and every play was second to none every game that he stepped out onto the field. His ability, grit, and leadership will truly be missed,” Coach David said.

Dempsey is currently undecided on his college plans.