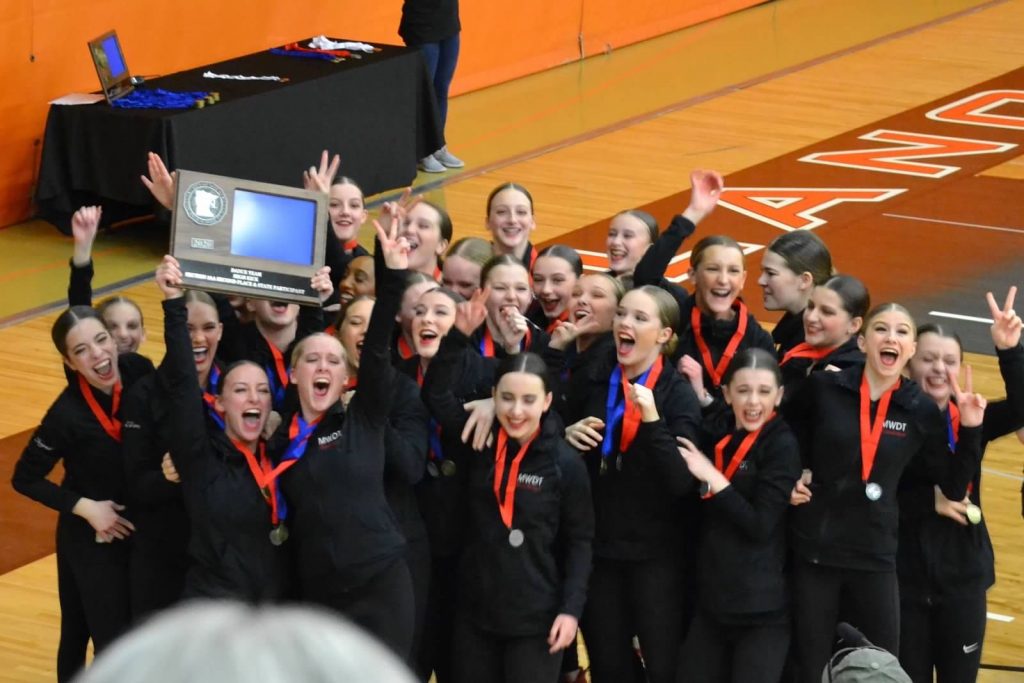 The Mound Westonka Hawkettes Dance Team has had another banner season this year, with many successes along the way. They will conclude their competitive season with a coveted trip to the MSHSL State Dance Team Tournament at the Target Center Feb. 14-15.

On Feb. 1, the Hawkettes competed in the Section 3AA Tournament held at Delano High School. Earning the team’s highest scores of the season, Mound Westonka earned the title of Section Champion in jazz, earning rank points of one from each of the seven judges. The Hawkettes were also named Section Runners-Up in kick. The Hawkettes earned state berths in both dances.

“This team has worked so hard in both of their dances this year,” said head coach Molly Carlson. “Their jazz dance is to the song ‘We Belong,’ and it speaks to the camaraderie and unity this team has.”

“They are more than just dancers on the same team – they are friends who truly enjoy being with each other,” Carlson added. “Their passion, strength and joy truly shine out on the floor. They have made their coaches incredibly proud all year!”

The Hawkettes’ kick dance has been equally successful throughout the season. It is a high energy, extremely visual routine with the theme of “Where in the World is Carmen Sandiego?”

“The most special part of the kick dance this year is watching how the dancers perform it,” said coach Emily Gibson. “They have so much fun getting into the character of the dance. Their expressions, along with the amount of athleticism they exhibit throughout the dance, makes it one of our team’s most memorable dances ever.”

There have also been some impressive individual accomplishments for some of the Hawkettes this year. Five dancers were named to the WCC All-Conference team: seniors Rachel Christensen, Sophia Cherba, Annabelle Wiskus and Megan Stacey, and sophomore Hallie Dierbeck. Sophomore Lauren Hildahl received All-Conference Honorable Mention.