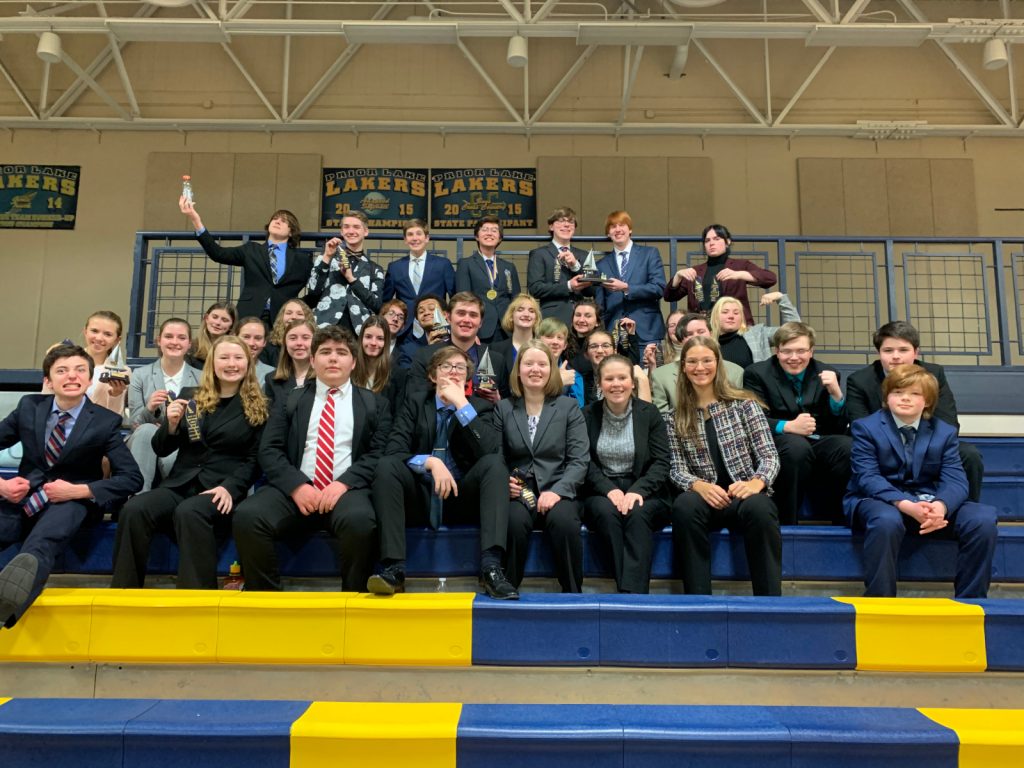 Westonka Speech competed at the Prior Lake Invitational Feb. 1 and saw great success. First and foremost, the team had over 20 competitors receive awards, which resulted in a third-place finish overall for the team.

Also worth noting, junior Josh Nkhata came away with second place in Program Oral Interpretation. Andrev also had a second-place finish in Informative.

The following students were also awarded for their success at the tournament:

Next Saturday, Feb. 8, Westonka Speech will be traveling to St. Michael-Albertville to compete in a tournament. Looking ahead to President’s Day weekend, a select group of Westonka Speech competitors will be flying to Boston to compete at the Harvard National Forensics Tournament.