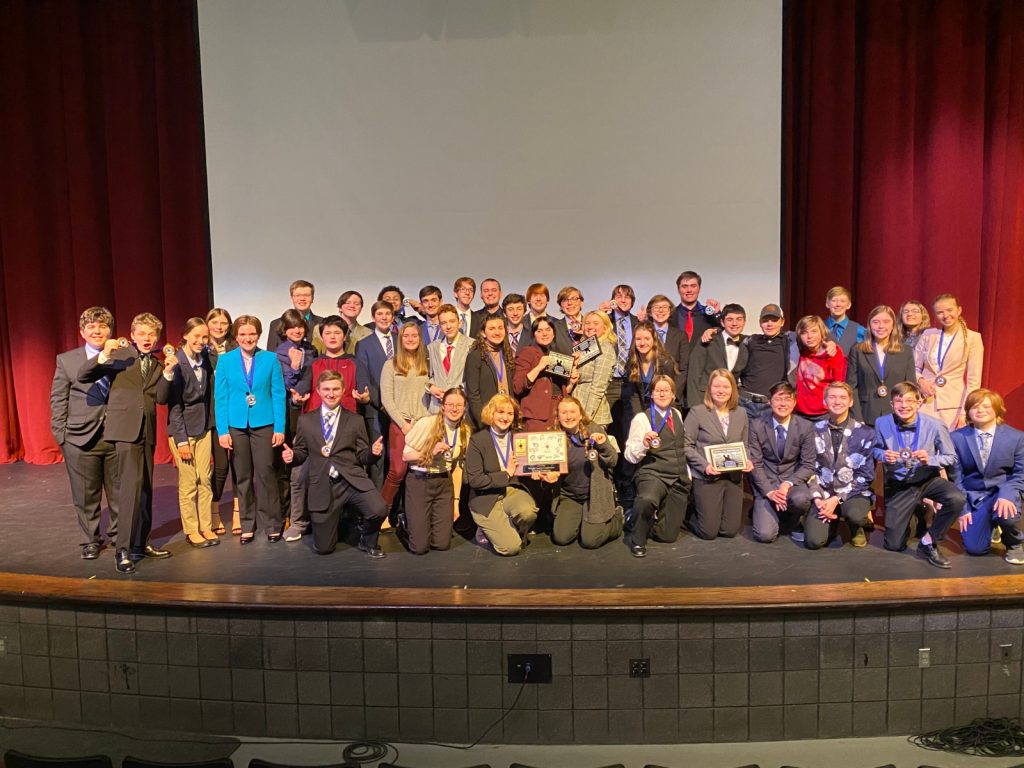 For the first time in Westonka Speech history, Westonka came away as Wright County Conference Champion, unseating the Orono Speech Team, which has won the conference for the past 13 years.

In each of the past four years, Westonka has seen an improved performance at the Wright County Conference Championships. Last year, the team placed second in the conference overall, with a point total just shy of Orono’s. This year at the Feb. 27 WCC Championships, a whopping 16 students made finals and ended up on the podium, so Westonka scored a grand total of 103 team points, beating Orono’s team points total of 91.

Westonka and Orono also co-hosted the Odyssey Speech Tournament on Feb. 29. For the past three years, this tournament has been an awesome collaboration of two fiercely competitive teams. Westonka Speech had several competitors hit the podium on Saturday. Most notably, junior Ryan Allen came away as the champion of Storytelling.