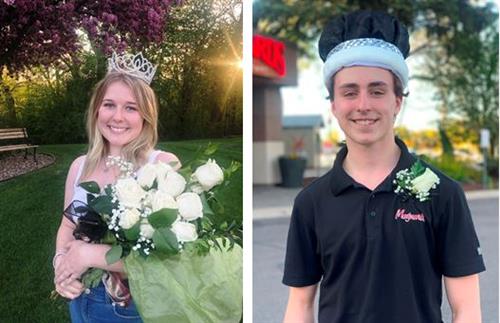 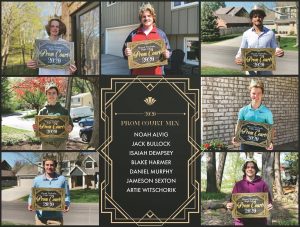 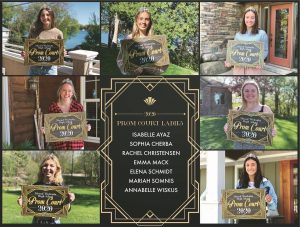 Members of the prom court were each surprised by the announcement with a home visit by the Student Senate. Watch the coronation video that shows each court member receiving the news of their nomination.

On Saturday, May 16, student DJs Robby Brustad and Connor Prok hosted a virtual prom that featured a wide variety of dance music, as well as a special message from advisor Jamie Harms. Students and their families were invited to dance “together” in their own living rooms for this first, and hopefully only, virtual event.

Congratulations to the 2020 Prom Court!