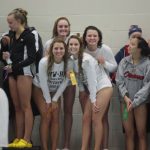 By Kristen Beyer Nine girls swim teams traveled to Hutchinson for the Wright County Conference meet on Oct. 25. The Mound Westonka-Holy Family team was able to take sixth place in this competitive conference, where three of the teams—Orono, Hutchinson and Dassel–Cokato—are ranked in the Top 10 in the state. Five White Hawks swimmers earned 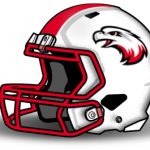 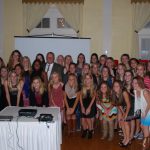 By Kendall Nygard The White Hawks girls soccer team celebrated the end of a successful season under coach Wayne Bellamy at the Lafayette Club on Oct. 19. The team ended its season in the second round of the section playoffs Oct. 9 with a 0-6 loss to the two-time defending Class 1A state champion, Benilde-St. 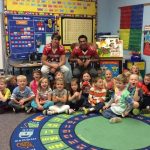 Under the leadership of head coach Nick David, the Mound Westonka White Hawks football team has been making big impressions, both on and off the field. Since coming on as head coach in 2013, David has been working to build a solid foundation for the football program, which completed its first two-win season since 2005. 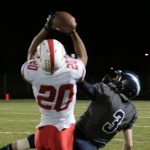 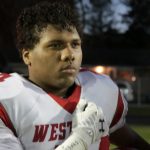 The Mound Westonka White Hawks were seeded sixth in the Section 5AAAA football tournament after posting a 2-6 regular season record. The No. 3-seeded Zimmerman Thunder (6-2) will host the White Hawks on Tuesday, Oct. 21 at 7 p.m., with the winner facing No. 2 Orono on Saturday at 3 p.m. in Orono. Becker (7-1)

By Colin Mather The Mound Westonka boys soccer team ended its season Oct. 9 with a 2-4 loss in the second round of section playoffs to the No. 1 seed, Breck. Breck took the initiative early on with two goals in the first 10 minutes. Westonka pulled a goal back at the 20 minute mark, 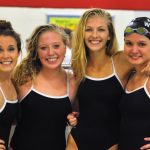 By Kristen Beyer On Oct. 7, four White Hawks seniors were recognized as they swam their last meet in their home pool against Marshall and Buffalo. Three White Hawks swimmers are graduating this year from Mound Westonka—Hannah Daly, Liz Mason and Lauren Ehlers—and Sam Smed is graduating from Holy Family. Because it was dual-dual meet, 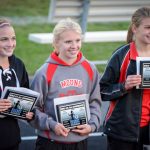 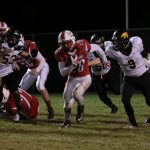 The White Hawks football team marched into Haddorff Stadium Friday night through a sea of red and white. However, despite great fanfare and school spirit, it was the New London-Spicer Wildcats who came away with the win at Mound Westonka High School’s Homecoming. White Hawks head coach Nick David said his team was excited to